Tom Moore has been a practicing Victorian solicitor for over 30 years during which time he has practised extensively in the Magistrates Court jurisdiction conducting cases for clients as both solicitor and advocate in the court hearings.

Tom has dealt with clients in criminal matters in both defended matters and in making pleas for clients in uncontested matters.

Tom has also represented clients in contested civil actions in the Magistrates Court.

Although his main interest has been acting as an advocate in the Magistrates Court Jurisdiction, Tom throughout his legal career has had a wide range of legal experience, conducting a range of civil actions, such as tort and contract, in both the County Court and Supreme Court.

Tom has also practiced extensively as a family law solicitor.

More recently Tom has confined his legal practice to acting as a locum solicitor although he continues to hold a full practicing certificate.

He continues to be available to act in this capacity. 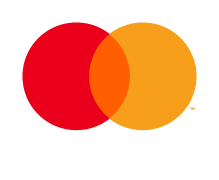